This short portrays the daily life on a pasture 1900 metres above sea level in the Ticino Canton. The pasture is run by a young couple: Marianna, the cheese-maker, and Quinto, the cowherd. Early in the morning, Quinto rounds up the cows so that they can be milked. The milk reaches the dairy before 8 am, and Marianna, as if by magic, begins to turn it into cheese.

Marco Landini was born in Bologna in 1972. He has worked as a cameraman in the broadcasting industry for fifteen years. One of his biggest passions is photography. Dove osano le mucche is his first film.

Cristina Donno was born in Arezzo in 1973. After graduating in Sociology, she began her career in audio-visual production. She has made several films as a result of the video educational workshops she has organised for young people. 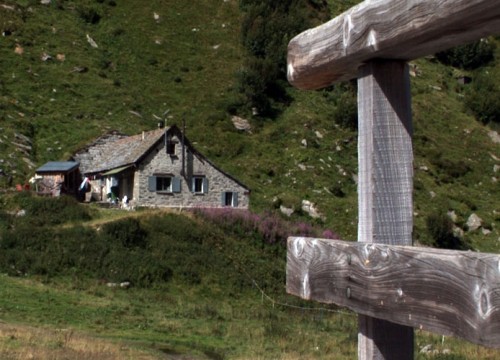