Giusto Gervasutti was a landmark figure in the world of Italian mountaineering in the 1930s and 1940s; he left his mark on the world of mountaineering, including his route through the East of the Grandes Jorasses. Shot mainly in the Dolomites and in the Monte Blanc chain, this film was made for the centenary of his birth and commemorates his life and feats with footage of some of his most well known routes, first-hand accounts and interviews with people who knew and studied him. The aim is to portray the life of a lone and tormented mountaineer who sought “a happiness that was always just out of reach”, one unknown in the valley when he was far from his mountains.

Born in Trieste in 1960, Giorgio Gregorio graduated in Arts from the University of Trieste. He has been a professional journalist since 1992. Since 1985 he has worked at the Television Production Centre of the Friuli Venezia Giulia Region. He has taken the photography for and edited more than twenty documentaries on the region’s social and political situation, its culture, history, environment and nature, specialising in Alpine nature and environment; he has also made a range of mountaineering films. He is a CAI National Mountaineering Instructor. 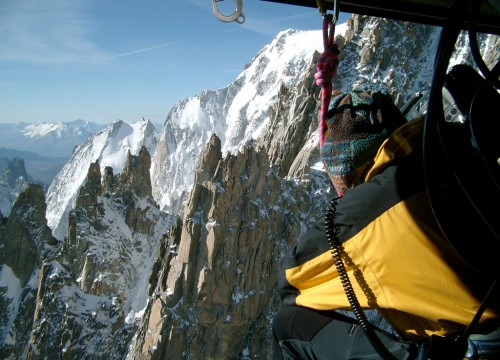