Over the last three years, Dutch journalist Bernice Notenboom has concentrated on the climate change occurring in the Arctic and Antarctic. In 2009, she turned her attention to the climate of another area at great risk: the Himalayas, a range of the highest and most complex mountains in the world. On 28 March 2009, Bernice left for a two-month expedition to Nepal that would take her to the top of Mount Everest. In order to raise awareness of these major environmental problems, she decides to establish relations between children in Nepal and the Netherlands.

Born in Nairobi, Kenya, in 1956, Mark Verkerk graduated from the London International Film School, and in 1980 he started work as a producer at ABC in Sydney, Australia. In his thirty-year career, he has worked as a cameraman, writer, director, and in all areas of film and television production. Since 1990, he has been art director at EMS Films in Hilversum, Holland, where he has written, directed and supervised an array of successful documentaries, including Cameras for the invisible ones and Buddha’s Lost Children. 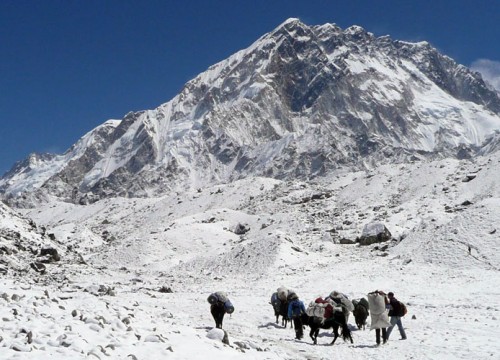