This film, which was shot entirely in mainly deserted locations in the Trentino mountains, is the continuation of a quest that began about twenty years ago to invent and pursue new forms of expression for mountain cinema. The idea behind this film was inspired by two masterpieces by Andrei Tarkovsky: “Solaris” and “Stalker”. It tells the story of one’s man odyssey in search of the remains of a long-forgotten civilisation and any survivors. As time goes by, the mountain, with its white sea, extracts objects and memories of a lost life from the man’s mind, clues that lead him to two survivors: a mad scientist and a strange musician.

Ugo Slomp has been a director at Italy’s State broadcaster RAI since 1977; he is also a musician. After he had completed his classical studies, he went on to graduate in the oboe with top marks. He specialised in baroque music at the Accademie de Musique Ancienne di Clisson, France. He is also a music critic and an expert in the relationship between sound and image. He has made experimental videos for RAI, including Video ergo sum opus videothronica (1988) and Finale Rosso (1992). Among his films are El Nene, la morte della Valle (2006) and Alè, Bigia, Alè (2005). 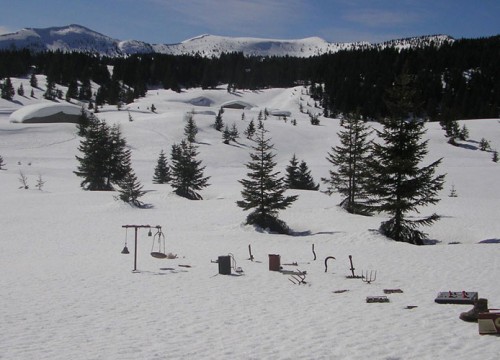