On 31 July 1954, mountaineering great and Cortina Squirrel Lino Lacedelli became the first man, alongside Achille Compagnoni, to reach the virgin peak K2, the world’s second highest mountain, but the most difficult one to climb. The film includes some of the last footage of Lacedelli, who died in 2009 aged eighty-three, telling his compelling stories about the conquest of K2 and his return to the mountain fifty years later in 2004 to celebrate the anniversary of the climb. This original and unique interview testifies to the humility and greatness of a mountaineer from another time.

Andrea Gris was born in Cortina in the 1960s. After working as a deejay at Radio Cortina, he moved to Rome where he worked for many private broadcasters, as well as Radio RAI. He made about sixty documentaries for TeleMontecarlo and later for Odeon TV. He is a journalist, publicist, director, television writer and art director for Radio Cortina, where he has presented broadcasts about the mountains for several years. He is also a correspondent for Corriere delle Alpi and for several national newspapers from Cortina d'Ampezzo. 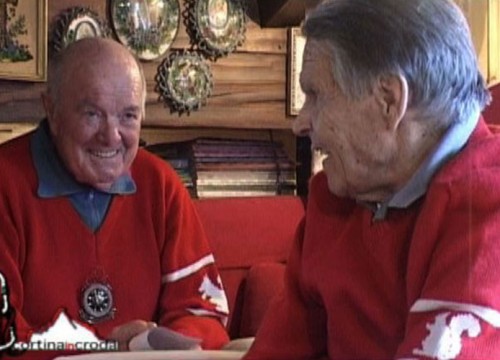