The protagonists of this film are polar explorer Tomash Petrovsky, head of the drifting station “Northern Pole SP-33”, and his mother Romualda Flyorovna, who anxiously awaits his return to Petrovskaya, a small village in Byelorussia. It is the eternal story of a son who leaves home to venture into a dangerous world at the heart of the cold North. In the meantime his mother prays for him and his return to their warm homeland, with its gardens and flowers.

Nicolay Volkov is a director, screenplay writer and cameraman. He was born in a small Russian village in 1952. He graduated from the Russian State University of Cinematography in 1981. He has received awards and special mentions at a host of international festivals for his films, including Message to man, Hope, Peterkit, and Beginning, to name but some. He has made more than forty documentaries during his career. 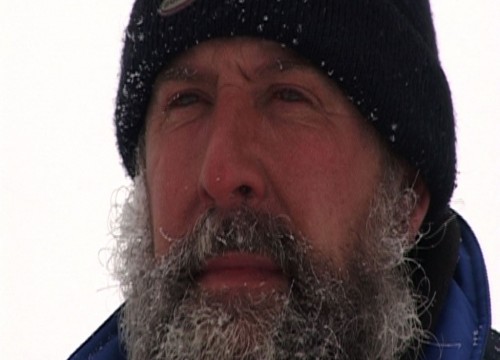