The Red Face of the Roda di Vael could not be any more captivating, beautiful, or dangerous, if it tried. One hundred years ago, this mountain was believed to be impossible to climb as it had foiled some of the great names in mountaineering. This film tells some of the most fascinating tales surrounding Roda di Vael, which has witnessed a host of daring sporting achievements. Original 1960s’ footage is combined with re-enacted scenes and mountaineering close-ups. Accounts are given by climbers such as Christoph Hainz, Erich Abram, Hanspeter Eisendle, Claudio Baldessari and Oswald Celva. For the occasion, the Riegler brothers are filmed from a helicopter while they scale the face, as they have done countless times before.

Markus Frings has worked as a radio and television journalist in Alto Adige since 1990. Every so often he has returned to Germany, where he was born, to work on television productions. He worked for the rock radio station “Radio C” in Bolzano. He currently organises a range of programmes on the “Südtirol Journal” radio station; he also makes and produces a series of monthly television programmes for RAI Bolzano. He also spent time working at the ORF in Vienna. 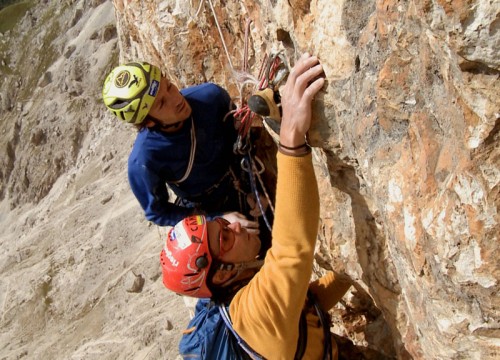