In a Balkan state, a famous American surgeon performs a difficult operation. The patient is the country’s dictator, but during the operation the dictator dies. The head of the army wants to keep the dictator’s death secret for reasons of public order and therefore imprisons the surgeon. In the meantime, a double of the dictator appears in public. The surgeon, however, manages to escape. Hunted down in a foreign country, he is helped by an American actress who is performing in a local theatre. After a series of narrow escapes, they reach a mountain pass close to the border. However they are captured just as they are about to cross. The surgeon is moments from being executed when news arrives that the dictator’s double has been assassinated in public. The bluff is now pointless and the surgeon is no longer a threat, so he is set free.

English writer and director Sidney Gilliat started out as a journalist and began his career in cinema in 1927 at British International Pictures. His work on the Walter Forde film Rome Express in 1932 was the start of his career as a writer. In the years that followed, he wrote mainly comedies, which were produced by Michael Balcon and directed principally by Forde. In 1936, he started what would become a ten-year partnership with fellow writer Frank Launder. From 1942, they oversaw every aspect of their films, including the direction and screenplay writing; from 1944 this also included the production, with the foundation of Individual Pictures. Their comedy The Rake’s Progress (1945) confirmed their success as directors. In 1961 Gilliat became chairman of Shepperton Studios. He also founded the Screen Writers Association and later became head of British Lion Films. In 1979 he started work on his last film as production consultant. 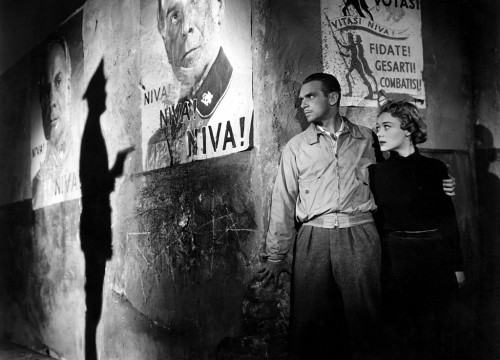