Bettina runs the marriage agency Maruska. She's a modern day Cupid who specializes in Italian men and Eastern European women. Aldo, a shy banker, has married beautiful Svetlana but Piero can't find a woman of the right height. A bitter sweet tale about internet dating, the fall of Communism and finding love in the 21st Century.

Caterina Monzani was born in Bologna in 1979 and graduated at DAMS. In 2005 she took part in a workshop on documentary film in Mississippi and made Early Wright Time, a documentary on the gospel tradition of this area. After working at the Stefilm Film Production in Turin as a production assistant, she was accepted at the National Film and Television School in London, where she works freelance in the documentary section. 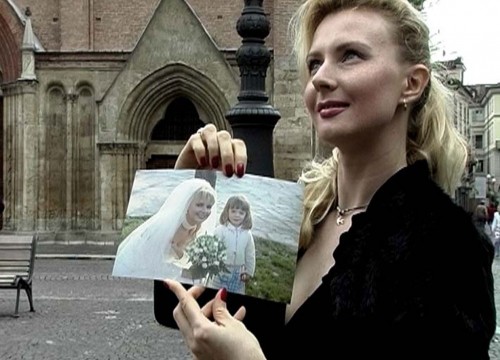