This film recounts the stories of the people of poverty-stricken Tyrol and Trentino who between 1933 and 1938 emigrated to Brazil in search of wellbeing, work and a new life. When they arrived in Brazil, however, the world they found was very different to what they had expected. After six months of travelling, they found themselves in the middle of the jungle, with no home, roads, light or other necessities. Today, the area of Treze Tilias – Dreizehnlinden, also known as Tyrol Brasileiro, is well known throughout Brazil for its typical Tyrolese architecture and the hard-working people who maintained their culture.

Luis Walter studied graphic arts in Austria. In 1958 he started work as a theatre actor, and from 1968 he worked in television for RAI and ZDF. In the same year, he founded the open theatre festival in Egna, Alto Adige, which he runs and directs. During his long career he has produced over forty films and theatre works. In 2001, he founded Kleine Bühne Bozen, a small theatre in Bolzano. His works include Zeitzeugen an der Sprachgrenze (2009) and Sauft der Herr Landesrat (2006). 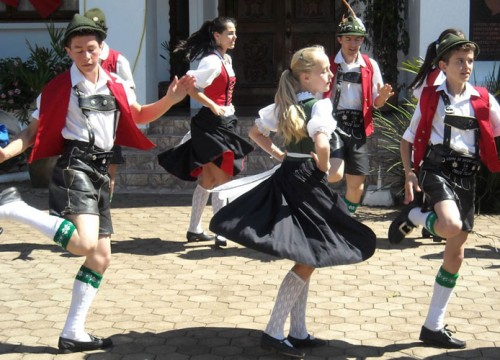