One hundred years ago, Cascina Malpensa in Northern Italy witnessed a bizarre craft take to the air for the first time. The take-off went smoothly, but after 250 metres the craft flew out of control and crashed to the ground. This brief flight marked the launch of Italy’s first aircraft factory. Its owner, Gianni Caproni, designed the first ever bomber, and he employed more than 45,000 people by the end of the First World War. Mario Marangoni and Giancarlo Zanardo have set out to repeat Caproni’s feat by using his original 1908–1909 designs to bring his aircraft back to life, facing the same difficulties, doubts and fears.
This film uses intercutting to retell the building of Caproni’s CA1 and the intrepid launch of Europe’s aviation industry. The difficulties our two heroes face afford an insight into the 20th century’s greatest discovery: flight.

Director and producer Stefano Tealdi was born in Johannesburg. He graduated in Architecture from Turin Polytechnic in 1986, and was awarded a diploma by the EU Media Programme “European Audiovisual Entrepreneurs” (EAVE) in 1992. Since 2000 he has coordinated research into documentary-making in Italy. He has fifteen years of experience in the independent production of international documentaries. He founded his own independent production studio STEFILM in 1984, running it until 1997. Between 1986 and 2005, he devised a host of STEFILM documentaries for the international film and television market. He was the President of the European Documentary Network (EDN) from 1999 to 2001. 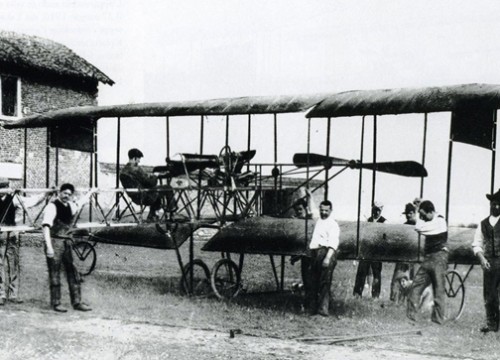