The film is the story of Mark Bett, an athletics champion, who is at the end of his sporting career and beginning a new challenge. He decides to invest his time and all his energy in trying to promote a sort of cultural revolution: encouraging the "haraka haraka" lifestyle among his people, changing their attitudes, behaviour, abilities and way of looking at the world. Mark understands that that improving living conditions for future generations is not so much a question of money or faith, but above all a question of wanting to do things and taking concrete action. With this awareness he begins with little things, starting with neighbours, friends and sport. Thus he begins to concern himself with young people, both in his own country and in Italy, supporting young African athletes who arrive in Europe with a dream of change, liberation and success, the same dream he has undertaken to cultivate, and not just for himself. 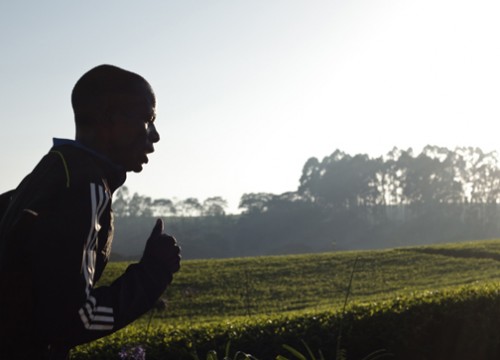