The Kolla are an indigenous community of about 1,500 people that live in Tinkunaku, in the north of Salta province, in the Orán Department of Argentina. Their daily existence is one of hard work with near-primitive tools, methods and ancient rituals, even though some modernity – a disused Fiat tractor and a chainsaw – has crept into their lives. Against the magnificent backdrop of Yunga and Quechua, the rhythm of their days is set by the seasons and their harsh yet beautiful surroundings. The route to Santa Cruz, a village about 3,000 metres above sea level, opens in spring, and the Kolla live there until the start of the autumn rains, when they return to the slums on the outskirts of the city. The film has no dialogue – partly because no interpreters spoke the Kolla’s language – but affords a respectful insight into the people and their way of life; it captures their homes and livestock, the wind and rain, their mountains and poor farming conditions. The Kolla community shrinks a little every year. An endless line of shacks stands penned behind a fence, as skyscrapers tower beyond the railway embankments; the scene looks like a prison camp and is a stark vision of the future that awaits the Kolla community. The film is part of a research project commissioned by the Goethe Institut.

During his career, Thomas Heise has directed a range of films for the big screen. His main films include “Kinder. Die Zeit vergeht”, “Mein Bruder. We'll Meet Again”, and “Material”. 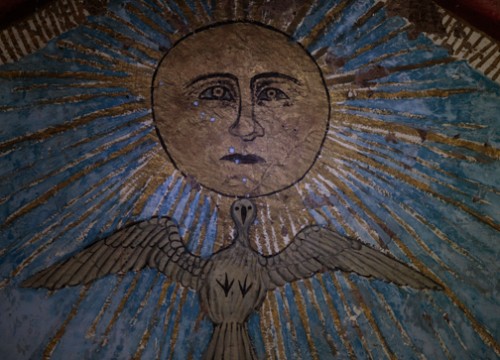