A father climbs his first mountain, on the border between China and Mongolia, and writes his four-year-old son a fable. He misses the boy and wants to teach him a valuable lesson about life. The fable is about a ferocious wolf that stalks society, and the father warns his son to beware of the beast. His advice is to flee the wolf, as if he were a rabbit. But the ferocious beast is an analogy for complacency and self-satisfaction.

Jeremy Collins is a member of the American Alpine Club and a man who lives life to the full. He has recently won the Jonny Copp Foundation’s “Make Your Own Legends” Award and the Banff Center’s “Award for Creative Excellence”. His works of art, commercial successes, international-award winning films and animation, as well as his climbs worldwide, all carry a clear message: “Follow your instincts”. His most recent expedition took him to the Amazon rain forest where he climbed the Tepuis. On his way there, he lived with the indigenous populations, who helped him to achieve his feat. It was in the Amazon that he started to shoot “More Than Mountains”. 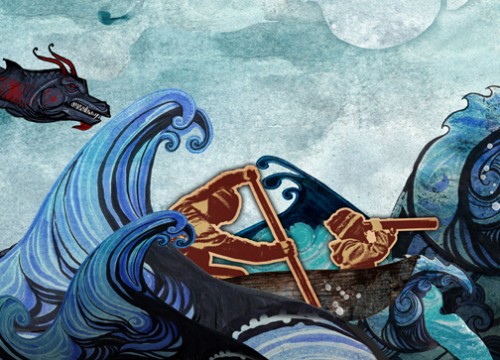