The film is dedicated to Capo Pecora, a stretch of wild and unspoilt coast in western Sardinia. On the cliffs at the north of the headland, a place of enchanting beauty, "trad" climbing, which involves the use of temporary protection gear, has developed. The film recounts the discovery and exploration of these rock faces by a family with a passion for swimming and climbing, which finds the time to open a difficult route given the name of "Blu Trad".

He has frequented the mountains since the age of nine. He has opened more than 2,000 climbing and mountaineering routes in Italy, France, Turkey and Morocco. A member of Club Alpino Accademico Italiano since 1993, he has written around 20 books, mostly climbing guides. He writes for Vertical International Magazine and has contributed to and worked with the most important newspapers, periodicals and web sites in Italy and abroad. 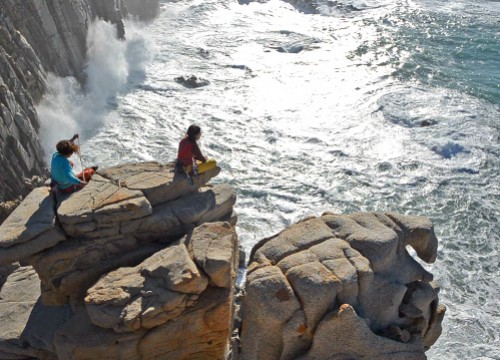