In spring 2007 James Balog, an important photographer for the “National Geographic" magazine decided to travel to the North Pole, with the scope of carrying out unprecedented photographic documentation: an archive of images clearly showing the damage caused by global warming. The result was an extraordinary adventure and one of the most read reports in the history of the magazine. Furthermore, the research was also the starting point for Extreme Ice Survey, the most important photographic project on glaciers ever conceived, to record the changes throughout the planet year after year.

In 2007 Jeff Orlowski, a student at Stanford University, took the opportunity to work as a cameraman with the famous photographer James Balog during the first expedition of the “Extreme Ice Survey” (EIS) project. Since then he has filmed for the EIS, travelling all over the world. In 2009 he founded Exposure, a film production company dedicated to making socially committed films. 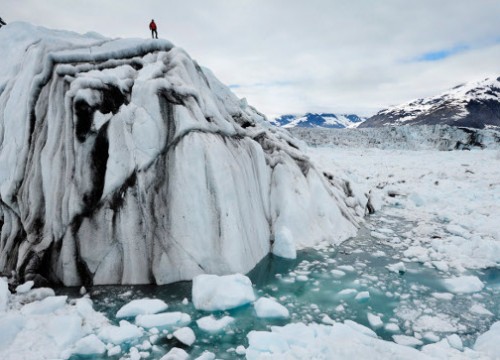