"Scarecrow" is the film's main character's job. Alejandro Tapia Catalan, or El Sapo, as he is known in the town, lives alone in a small cane house in the hills. His days tend to be lonely and contemplative and, over the years, he has developed a complex inner world. The camera follows him on one of his days working in the fields.

Born on January 1st, 1985, in Mexico City. He holds a BA and a MA in Arts with specialisation in film from the School of Arts of the UAEM. Since 2005 he is engaged in documentary films, being a co-founder of EmergenciaMX (Independent Audiovisual Group) and of La Carreta Cine Móvil (Mobile Cinema Project in Morelos). 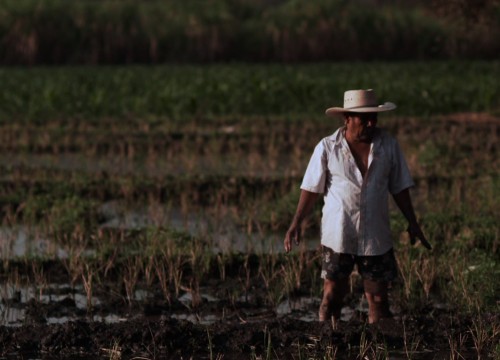