December 2011 in a city in northern Italy. A young man comes home from work as he does every evening. He is parking his car, when he discovers his 16-year-old sister crying desperately. In tears, the girl recounts that two Romani men have brutally raped her. The young man immediately goes to look for her attackers, but he cannot find them. Subsequently the inhabitants of the district organise a torch procession in support of the girl. The tension begins to mount.

Trocker was born in Bolzano in 1978. He studied film direction at the Universidad de Cine in Buenos Aires (Argentina) and currently has a grant to study at Le Fresnoy - Studio National des Arts Contemporains, in France. He recently made the short film "Eiszeit" (2012) and "Grenzland - Terra di confine", screened at the Trento Film Festival 2013. 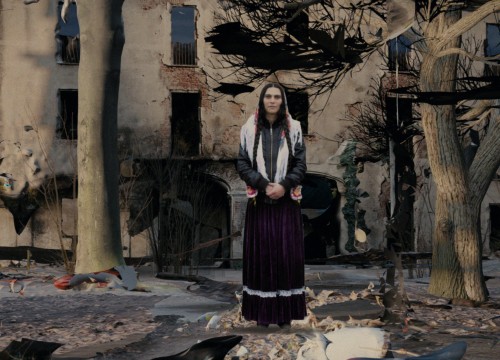