1999 and 2013, fourteen years later: two times four climbers on the west face of Cerro Torre in winter: there are big differences between the expeditions, but two things have remained the same: twice a dream team and both unforgettable experiences!

After having become a teacher, he underwent further training to qualify as a cameraman in New York. Thereafter he worked as an assistant cameraman in New York, in the Bavaria Studios of Munich and in Switzerland. After that he began his work as a freelance cameraman. Amongst other things, he works for television channels in Switzerland and other countries. In addition, he produces commercials and documentary films.

After her studies, in 1991 she started to work as a translator, journalist and independent editor specialising in the field of mountain and tourism. She has written and published various book. From 1994 she's chief editor for the mountain section of the Swiss paper “Neue Zürcher Zeitung” 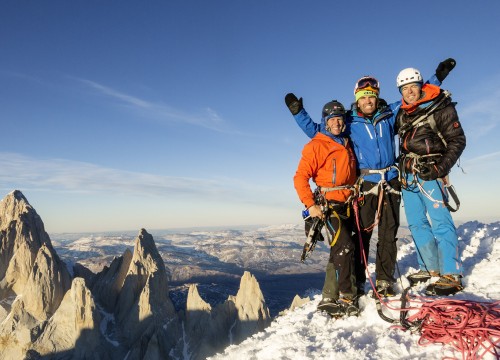