Exposure, challenges, big walls, thin air. This is the world of Swiss alpinist Roger Schäli. His life is lived in the vertical, in a place where letting go also means moving ahead. This film tells the story of India’s Arwa Spire. Roger’s first summit there was in 2002. And there, in May 2011, is where cameraman Daniel Ahnen slipped into a crevasse. Upon returning to the mountain in September 2012, Roger comes full circle when the reaches the summit with his partner Simon Gietl. There, he places a memorial on the summit to his friend who died in the fatal fall.

Franz Walter is a modern storyteller, computer scientist, photographer and creative nomad. Born 1980 in Nuremberg, he graduated in 2005 in Media Technology at the Technical University of Ilmenau. Three years later he founded Nanuuq, a tiny creative consultancy documenting projects and expeditions, mainly with outdoor athletes, to the most remote places. As a photographer and filmmaker he continues to explore the relationships of landscape and human activity. 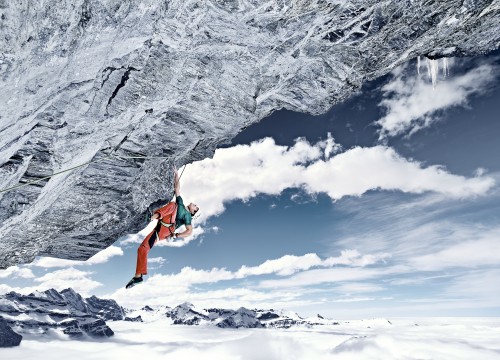