An ethologist, arrives in the woods of eastern Friuli, on the frontier with Slovenia, to undertake the usual census of the wild animal population and carry out standard maintenance of the various camera traps scattered around the forest to film the animals. One night, having observed the footage from the previous day, he notes that the animal approaches the ruins of abandoned houses deep in the woods. The following day he begins to look for these houses. He crosses the ford of a turbulent river with his camper van, while the rain begins to fall and the river to swell. He finds an abandoned village immersed in a funeral silence, The lacerated carcass of a newly killed wild boar confirms his suspicions... something is moving through the streets of the village by night. The return journey is impossible due to the weather and Marco is trapped “beyond the river”. Inhuman cries echo through the streets of the ghost village, coming ever closer.

Born in 1968, Bianchini is an independent Italian horror movie director. In 1997 he directed the psychological thriller “Paura Dentro”, followed by a short film on Satanism, “Smoke allucination”. His first full-length film, “Radice quadrata di tre”, produced in 2001, recovered the subject matter of “Smoke allucination” and was shot in Friulan, the language of the region in which Bianchini lives. After having made a further two low budget movies, “Custodes Bestiae” and “Film Sporco”, in 2008 he directed “Occhi”. 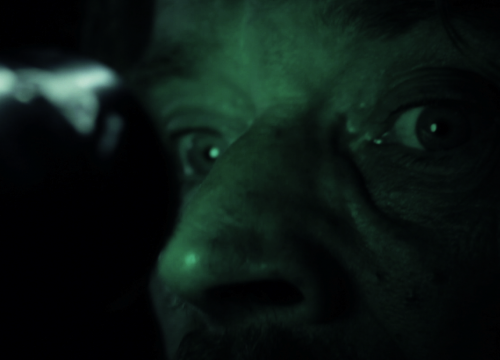 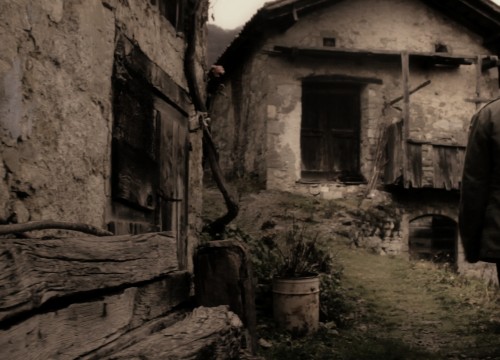 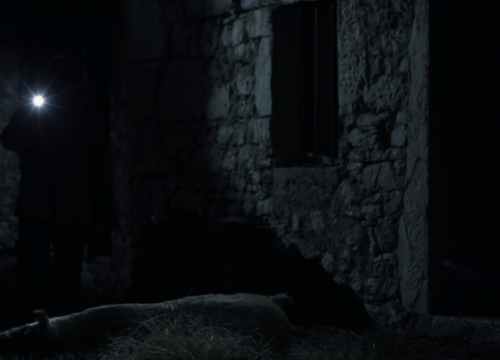 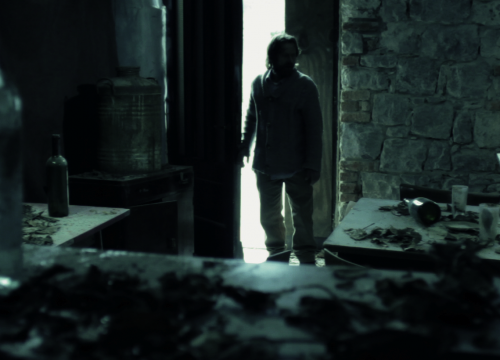