What are the sounds of the Val Montone? Birdsong, the water bubbling over the rocks of the stream, the chirping of cicadas. The just over two hundred inhabitants in the valley have hands that tell a tale of daily life; they are hands that care for livestock, milk animals, make cheese, cut down trees, dig vegetable patches, mow fields and cook bread. Their steps take them across craggy meadows, thick woods and old porticoes and their gaze embraces the two sides of the Apennines.

He was born in Naples in1983. His short film “La Nonna” was selected by eight international festivals, being awarded Special Mention by the jury at the 26th Turin Film Festival and the prize for best short film at Valdarno Cinema FEDIC 2009. 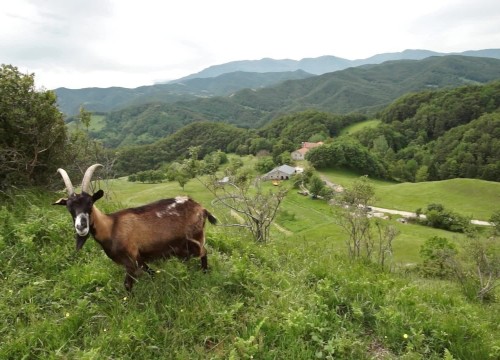