150 years after the discovery of the Brenta Dolomites by climbers, Alessandro Beber and Alessandro Baù set up the Brenta Base Camp with the scope of opening new climbing routes on the faces symbolising these mountains. Alongside the two climbers, their friends Simone Banal, Matteo Faletti, Jiri Leskovjan, Fabrizio Dellai, Claudia Mario and Matteo Baù alternate on the rock faces. The small expedition becomes an opportunity for dialogue between the past and the present.

Marco Rauzi, born in Trento in 1979, has been a freelance filmmaker since 2010. He graduated in literature and is interested in human activities in relationship with nature and the geographical area.

Anna Sarcletti, born in 1985, grew up in the Val di Non. As well as producing commercial video content , she has a passion for history and memories. Her study of oral sources has led her to record and conserve stories in order to understand the geographical area and the people who live there. 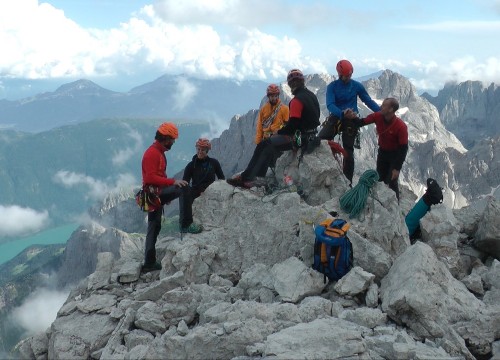 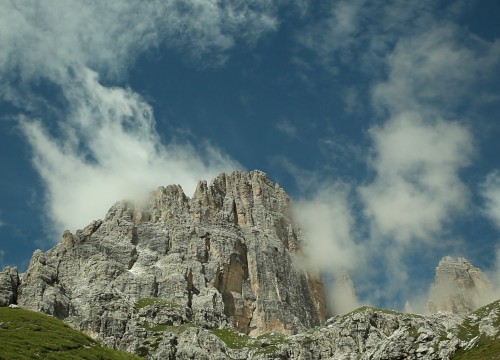 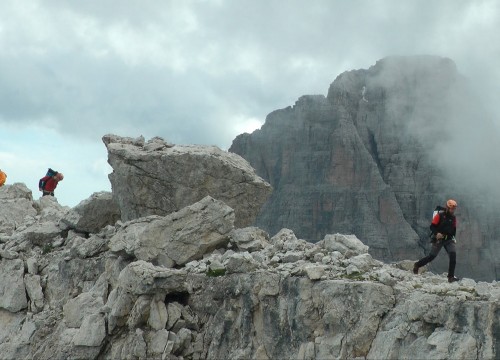