Two sisters, Ornella and Teresa, have taken care of each other throughout their lives. Teresa is by now old and must deal with all the difficulties that this leads to. Before it is too late, Ornella asks Teresa to throw light on an episode of their family life that has always been hidden and that by now only Teresa can reveal. She is accompanied on this journey by Ornella’s son, Manu, who is present with discretion but inevitably involved, observing this intimate search for the truth.

Born in 1975 in Rovereto, he has co-directed two documentaries, Kamenge Northern Quarters (2010) and Lion Souls (2012). With Between Sisters, he won the "Docs in Progress" Prize at the Thessaloniki Documentary Festival in Greece in 2013 and the European post-production workshop "Dok.Incubator" in 2014. 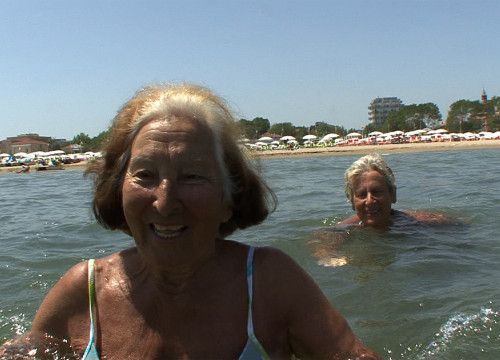