Sveta flees St Petersburg together with her children, one of whom is autistic, to join the sect headed by Vissarion , a former policeman who proclaims himself to be the incarnation of Christ and has set up his headquarters in a remote region of Siberia. Here Sveta finds a new companion, but above all a tranquillity that allows her son to live free of the drugs imposed by society. In the meantime her previous companion continues to write her letters and begins legal proceedings to get back his children.

He graduated in Direction at Tallinn Pedagogical University and has made numerous successful documentaries, including Disco & Atomic War (2009) and Tallinn Spicy Sprats: the Canned Tales (2011).

He graduated in Direction at Tallinn Pedagogical University and has directed numerous documentaries and short films, including Elusive Miracle (2006) and Nazis & Blondes (2008). 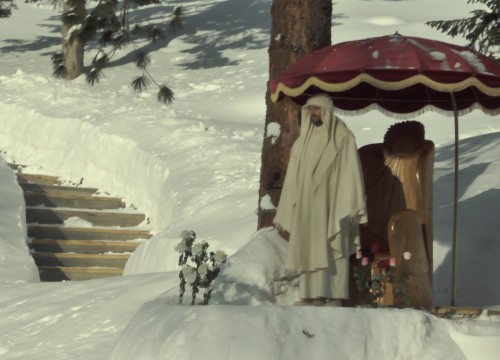