In 2015 Conrad Anker and David Lama succeeded in completing the first ascent of the Latent Core climbing route in Zion National Park, Utah. Anker had made a first attempt 25 years earlier, together with Doug Heinrich, but the two were forced to abandon the climb. It took David and Conrad four days to complete the route, overcoming difficulties graded 5.11 A1. The old rope used by Anker, which had remained at the site, was also finally removed.

A photographer and filmmaker, James Q. Martin was born in the Arizona desert, but grew up in Alaska. He founded Q Media, a production company with its operational headquarters in Arizona. 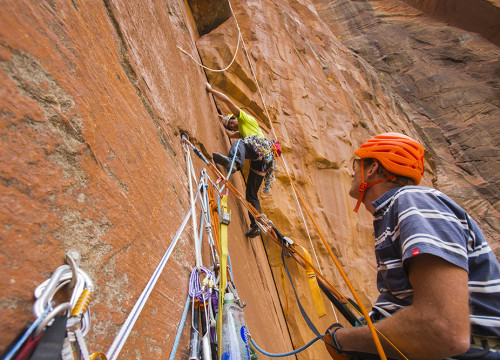