Hubert Kostner, a sculptor from Alto Adige, lives in Kastelruth/Castelrotto, where he has resided in a house and workshop designed and constructed by the architects Sandy Attia and Matteo Scagnol since 2013. Conceptually, it is a very different type of dwelling to the traditional buildings surrounding it, and starting precisely from these differences, Carmen Trocker recounts and analyses the different aspects that combine or come into conflict inside the house: tradition, the present day, the work of the sculptor and that of the architect.

Born in 1967, she studied in Bolzano and Berlin, where she has lived and worked as a freelance editor since 1999. She made the documentaries Dort Oben Wo der Teufel Wohnt (2000) and Hanna - Porträt einer Bäuerin (2004). Together with her brother Ronny, she founded the independent production company Bagarrefilm. 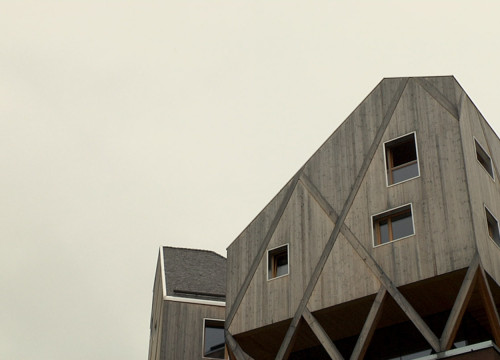