An ice-cream seller arrives in the small village of Van and all the children vie with each other to taste one: for the young Rojhat it will be a real challenge.

Serhat Karaaslan was born in 1984 in Varto, Turkey. He moved to Istanbul to study at the Faculty of Pharmacology at Istanbul University. After his graduation, he made his first short film. He was then accepted to the master’s program for Directors of Film & Drama at Kadir Has University in Istanbul. He made two more shorts “Bicycle” and “Musa” while earning his master’s degree. His most recent short film “Ice Cream” premiered at the Toronto Film Festival Short Cuts Competition in 2014. His short films have won more than 50 awards and screened in major film festivals including Toronto, Locarno, Thessaloniki, Montpellier and Istanbul. He has participated in Festival del film Locarno Filmmakers Academy 2014 and Berlinale Talent Campus 2015. He has been selected for Berlinale Talent Project Market and Cannes Film Festival Cinéfondation Résidence du Festival for 2015 with his first feature film project “Passed by Censor.” 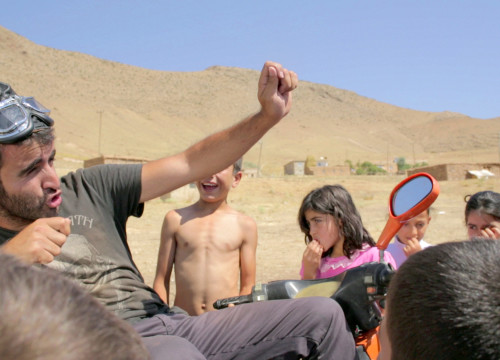