Terror, destruction and death on the highest mountain in the world: this is a description that could summarise the dramatic experience of the only Italian expedition present at the foot of Everest, miraculously surviving the violent earthquake of 25 April 2015 and subsequently a huge avalanche. The film shows incredible images documenting one of the most catastrophic happenings in the last few years.

An alpine guide with twelve eight-thousanders behind him, he has made Everest 50 anni dopo (2003), Shisha Pangma - Cresta sui pascoli (2005), Ghaserbrum 2 - La piramide di luce (2005) and I cembali del Makalu (2006). In 2008 he made the film Hymalayan Blackout, selected for the Zakopane film festival (Poland). 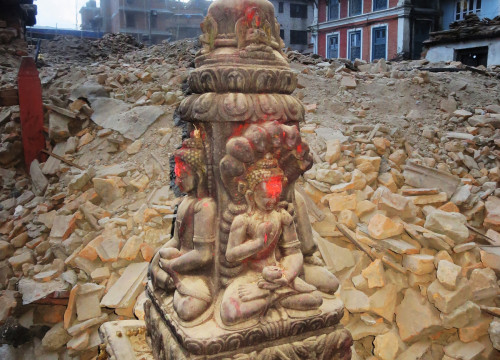