Thanks to his tenacity and perseverance, the Italian climber Simone Moro has had a key role in climbing history, above all in winter, reaching the summit of numerous peaks over 8000 metres high and becoming one of the most famous and well-known climbers in the world. I-VIEW recounts a new adventure in his career, highlighting a side that allows us to understand the stature of the man and the athlete: his adventure as a helicopter pilot and his dream of taking helicopter rescue to the Himalayas.

Born in Osio Sotto (Bergamo) in 1981, in spring 2010 he directed his first short film, Inside. In February 2011 he founded 341 Production, a production company specialising in cycling and climbing sport videos. In 2014, together with the storyteller Emilio Previtali, he supervised the filming and assembly of the video footage of Simone Moro’s expedition on the Nanga Parbat. 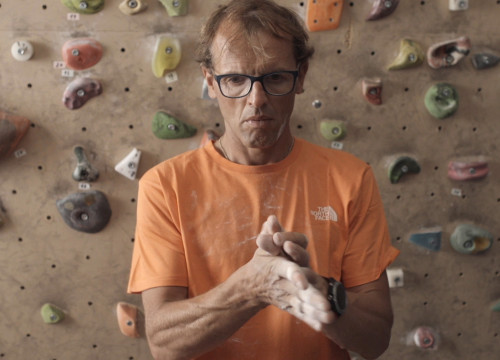