In 1957 the twenty-five-year-old Claude Lorius decided to set off with a scientific expedition heading for the Antarctic: it was to be the first of numerous journeys leading to him becoming one of the greatest experts on ice. In contrast to what is commonly believed, ice is a material that conserves traces of its history: by interpreting these signs Lorius has been able to demonstrate how deep and potentially dangerous man’s impact on the planet is. However, Claude’s discoveries continued to be ignored, and the inhabitants of planet Earth are far from being aware of the risks of global warming.

Formerly a journalist with the magazine Terre sauvage, in 1991 he gained a Master’s degree in animal biology at the University of Lyon. From 1991 to 1993 he lived in the Antarctic for 14 months, working as a polar ornithologist-ecologist. He won an Oscar for La marche de l'empereur in 2005, while in 2007 his second film came out, Le Renard et l'enfant. 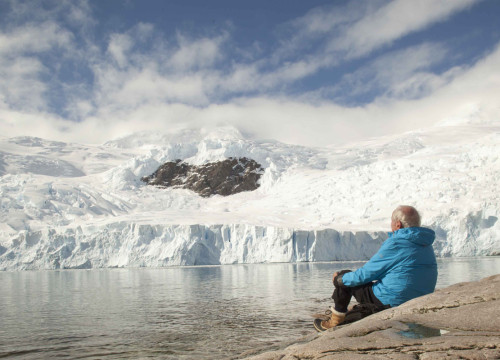