Adam Jacek Winkler’s life story spans a period of almost fifty years in the twentieth century: a Polish refuge in Paris, Adam is a photographer, climber and political militant. His life is a continuous attempt to overcome every limit, animated by a burning desire to make a significant contribution to the transformation of the world. His adventurous life suddenly took an unexpected turn during the 1980s, when he decided to transform himself into a twentieth century knight and abandoned France, armed with courage and enthusiasm, to go and fight alongside Massoud’s troops against the Soviet Union in the mountains of Afghanistan. Using an extraordinary number of animation techniques, Adam’s life is represented as an enchanted and hypnotic kaleidoscope of images, presenting a person who has succeeded in combining the search for freedom with the fever of adventure.

Born in Romania in 1962, after studying film she worked as director of photography on several films. She has made numerous documentaries as a director, screenwriter and producer. Her first full-length film was Crossing dates (2008), which was followed by Crulic, the path to beyond (2011), her first work to combine the documentary genre with animation. 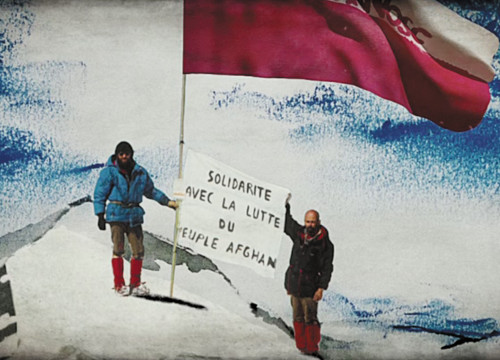