In order to make this documentary Alex Tyson managed to collect and assemble more than thirty different documentary sources (including radio broadcasts, satellite images, mobile phone videos and webcam material) in order to recount a terrifying fire breaking out in the south of California, leading to the burning down of 27,000 acres of land to the east of Los Angeles. The result is a powerful portrait of how a community organises itself in order to combat a natural catastrophe (and tells the story).

Born in 1985, he is an American artist living in Los Angeles. He mainly works by assembling heterogeneous audio and video material. His works include 3 Minutes in America (2015), Winds of the Mediterranean (2014), Movements for Plants and Camera (2010), Charles Cohen at the Buchla Music Easel (2009) and Serene Librarian (2006). 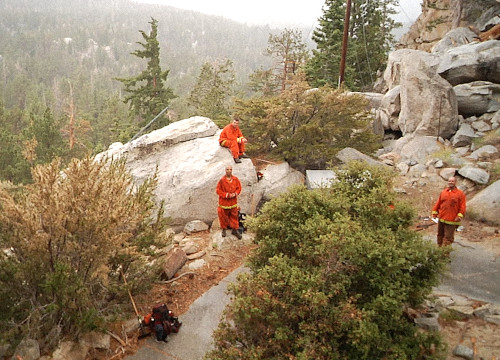