The Cesen Massif in the foothills of Treviso. Not far from the land of the famous Prosecco wine, there are people who make high quality cheese using untreated milk in small dairies, businesses that were once active throughout the area. They represent an alternative to standardisation and the abandoning of mountain pastures. The film observes the daily tasks of the farmers, the pastures, milking and making of dairy products, focusing on the point of view of the main players: Ferruccio, Ruggero, Silvio, Serena and Gildo.

Born in Rovereto in 1974, he carries out research and documentation activities using the methods of visual anthropology. He has made several documentaries, including Furriadroxus (2005), Cheyenne, trent'anni (2009), Tre carnevali e ½ (2007) (2007 Nigra Prize, Antropologia Visiva), Contadini di montagna (2015) and Alta scuola (2016). 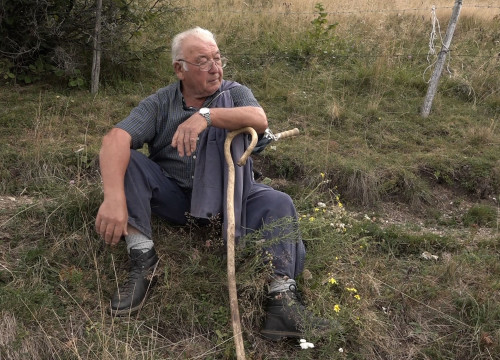