150 years ago the wolves in South Tyrol were rendered extinct with the help of poison and munitions. Now the wolf is back and kills sheep every so often – making mankind’s primal fear of wolves rise once again. Animal rights activists are trying to fight the shepherds who want their sheep to be safe. And the politicians in the city, who themselves have never seen a wolf, right in the middle of this heated argument, by exploiting those fears and introducing radical bills they want to win votes.

Jona Salcher is studying at the HFF Munich. Being born in the Italian mountains, he decided to do his first university documentary on the summit cross. Wenn Er Kommt, Dann Schießen Wir is his second documentary.

Born 1991 in Albania, Luigjina Shkupa grew up in Italy and has been studying documentary film at the HFF Munich since 2016. 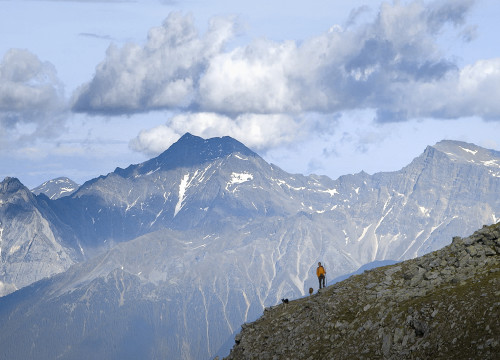