The perception of a place, the idea we create of it and the emotions it arouses in us are closely linked to the type of interaction between different aspects. Carie is the discovery of a new dimension of climbing, but at the same time an excuse to stop and reflect on what it means to maintain a balance between safeguarding the environment and human development, creating a multiparty discussion on the matter. It is a journey that began in one way and was transformed during the course of the project, one piece at a time, thanks to a succession of encounters during the search for possible climbing routes in the marble quarries of the Apuan Alps.

Born in Lecco in 1991, Achille Mauri has always been involved in sports that allow him to travel, living first in Canada and then in Turin. He currently works as a freelance videomaker and photographer, creating commercial and documentary content. 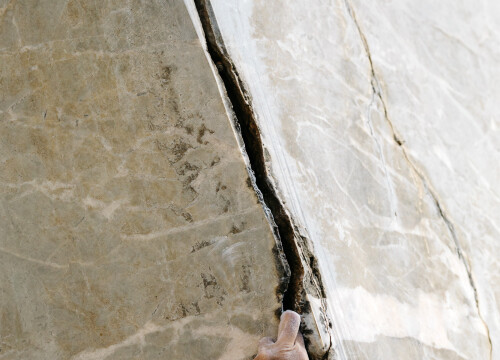 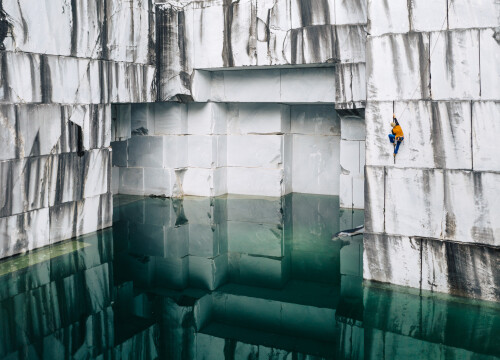