Barnabo of the Mountains isn’t meant to be didactic nor does it create poetic artifices. It’s plain unvarnished documentary of conscience. It has the time and space of the absolute solitude of leading character, the lyricism of his “poor” necessary contemplation. Even the accidents, the killing of the first gamekeeper in the quiet Dolomites broken only by rolling stones and the sound of rifle-shots, is relived by one who has plenty of time to think and who has made that death the main thought of his existence.

From a tale by Dino Buzzatti an intense story of wounded humanity compared with the different features of the landscape and seasons. A climb of souls.

Director and screenwriter, he teaches Film Language and Film Iconology at the University of Padua. He is co-founder and member of the film school created in 1982 by Ermanno Olmi “Ipostesi Cinema”. 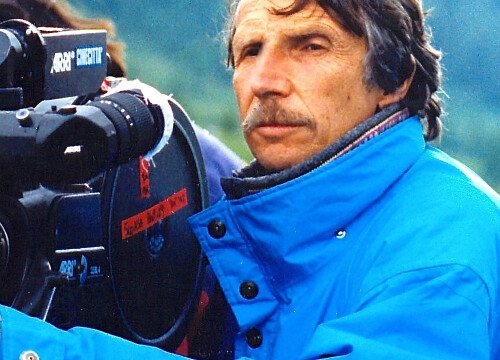