This film tells the story of a hazardous journey on a bus route that takes the people of Nepal from villages on the Indian border to Kathmandu. This is a gruelling journey both for the driver and for the passengers, who travel 400 kilometres in three days on three buses: the only means of transport for the local population. Along the journey, there are breakdowns, accidents and surprises on the dangerous, unmade roads that traverse Nepal’s forests and villages at the foot of the Himalayas. The films follows village chief Vijaya, Buddhist monk Amrit and young Hira on their exhausting journey towards the capital.

André Hörmann was born in Germany in 1975. In 1997, he started to work with the Institute for Media Research and Medium Development in Ulm. He made several films and interactive DVDs for Expo 2000. He has also worked as a director’s assistant on programmes for television networks DTCP and SWR. In 2006, he graduated in Film and Television Directing from the Hochschule für Film & Fernsehen Potsdam-Babelsberg. He travelled America, Vietnam and India for his studies. 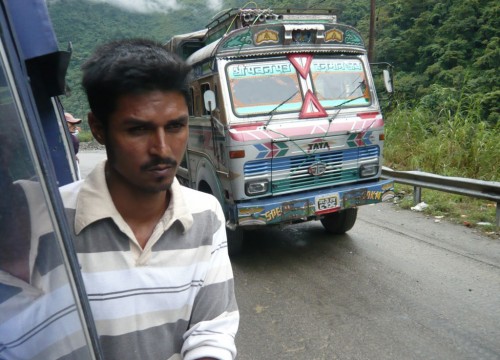