The Carstensz Pyramid is a colossal mountain that juts out of the jungle of New Guinea. Climbed for the first time in 1962 by Heinrich Harrer, it is considered to be one of the world’s most inaccessible mountains, not only due to the surrounding environment, but also to the difficulties expeditions have communicating with the local indigenous people. To reach the foot of the face, climbers need to cross the territory of the legendary Damal tribe. Although obtaining the necessary permits is an immense task, the expedition’s biggest problem is convincing the natives to help them carry supplies and equipment from Beoga across rivers and jungles to the snow-covered glaciers at the foot of the pyramid.

Pavol Bàrabaš graduated from the Slovak University of Technology. He has worked as an cameraman and director for SportFilm, advertising agency Erpo and for K2 Studio. He has made television commercials and numerous mountain films in which he documents the lives of people living in extreme conditions. He has also made ski-training videos and promotional films for the Tatra Mountains and the Caucasus. His work has won a range of awards at Slovakia’s Poprad Festival. In 1999, he won the Gran Premio “Città di Trento” for his film “118 Days in Captivity of Ice”. He has also entered a range of other films at the festival. 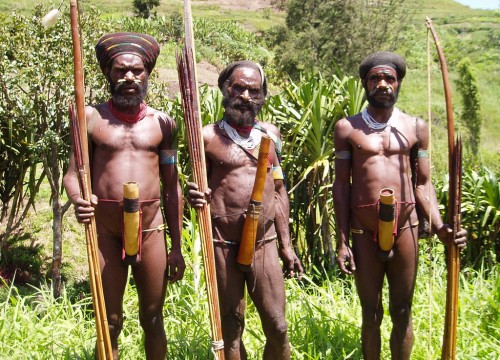