The Pacov brothers are trying to make a living by fishing beluga from the Danube. They have been trying unsuccessfully to reach the standards of their father, a legendary “king of caviar”, and they are dreaming of big catches and easy money. Once the European Union will have ruled out beluga fishing from the Danube, the life of the Pacov brothers will have to change…

Dragan Nikolic was born in 1974 in Zajecar, Serbia. He graduated at Faculty of Drama Arts in Belgrade. He was co-scriptwriter and assistant director of a short feature film, Run Rabbit Run (awarded at Cannes Film Festival, 2003), and director of photography in Bar de Zi (the best Romanian documentary in 2007 at Astra Film Festival in Sibiu). 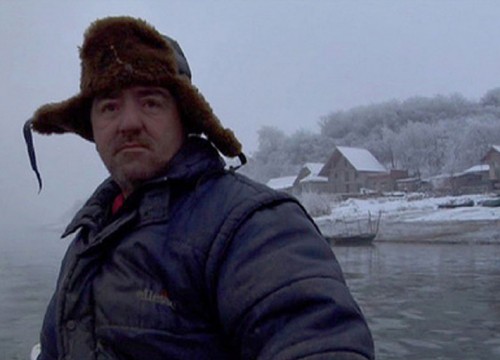