Young Corrado decides to take a break from life and one day just ups sticks and leaves, without telling a soul. The only person who knows where he has gone is his parish priest Don Marco. Three months after Corrado has left, the priest unexpectedly loses contact with him and decides to pay him a visit with some of Corrado’s friends. Thus Corrado’s hiding place is revealed as an isolated hut high in the mountains where Don Marco spent his childhood.

Emanuele Caruso was born in Alba in 1985. He graduated in Directing and Video Production from the Bologna National Cinema Academy. He is currently working on the Alba International Film Festival. In addition to Elogio alla solitudine, his work includes the feature film Piove (2008) and the short film Una scelta di vita (2007). 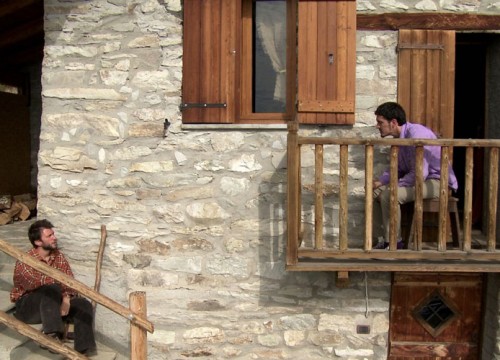