More than 150 million Chinese, known as the mingong, are forced almost every year to migrate from rural areas to sprawling cities in search of work, with all of the consequences this entails. Director Villi Hermann and photographer Andreas Seibert shot this film during three long journeys between 2006 and 2008 and it depicts the daily lives of the two men. They travel through the mines of Datong and Pingxiang, the provinces of Hunan and Shanxi, then move to booming areas such as Beijing and Shanghai. At the same time, the film tells the story of a traveller who journeys from the metropolis of Guangzhou-Shenzhen, back to his native province of Sichuan, an area of extremely high emigration.

Villi Hermann was born in 1941. He studied figurative arts in Lucerne, Paris and Krefeld. He also attended courses at the London Film School, from where he graduated in 1969. After he had returned to his native Switzerland, he made a number of culture broadcasts for Swiss channels DRS and TSI. From 1976 he worked with Filmkollektiv, Zurich, and in 1981 he founded Imagofilm in Lugano. He lives in Beride, Malcantone. His films include Walker. Renzo Ferrari (2004) and Mussolini, Churchill e cartoline (2003). 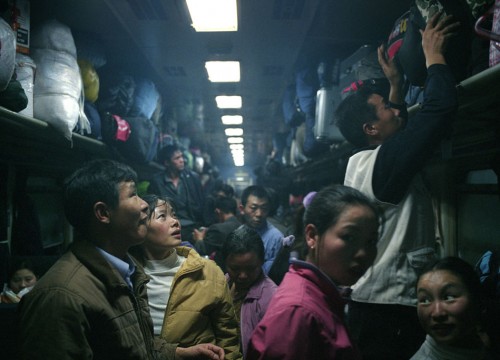