Throughout history, all of the places that have known human settlements exude a special energy. This aura is the tireless genius loci, or “spirit of place”, which creates the mentality, beliefs, memories, legends and atmosphere that make a place unique. This age-old aura inhabits the landscape and is the inner world of a community. Some still believe it exists, but it is becoming increasingly rarer due to the rapid changes of modern life. It is no easy task to identify the spirit of a place or of a destination; both visitors and local people need to tread a special path that will enable them to decipher symbols of local cultures, their hallmarks, stories and difficulties.

In the 1990s, Luciano Stoffella attended ZeLIG, the cinema, television and new media school in Bolzano, taking a variety of roles in small productions and graduating with the short film L. He went on to work as an assistant cameraman, editor, electrician and sound technician. He worked with the local province of Bolzano’s Sound and Vision Centre via StudioZem between 2002 and 2008, editing educational materials for schools, associations and the local province. He has worked there as a project developer in a more independent role since 2008. His films include La madonna dai campanei (2009) and Lavori in corso (2008).

Anthropologist, journalist and correspondent for geographic magazine Airone, Duccio Canestrini has directed five documentaries on the relationship between humans and the environment for the television series A New World. He has also written a number of books on travel and tourism and has held seminars and conferences on the “spirit of place” at the IULM in Milan, Campus in Lucca, Monte Verità in Ascona, and CTS in Rome. He has also lectured at the Trentino School of Management, Trento. 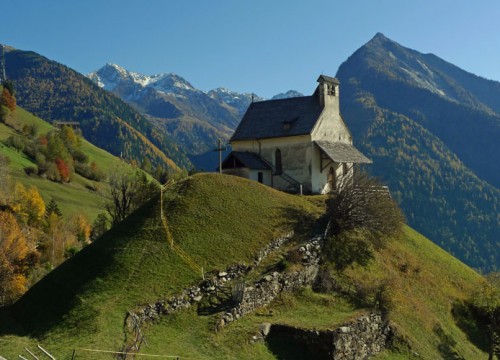