About three hundred kilometres north-west of Calcutta lies India’s largest coal mining district. Samdih is a small village that stands on a disused mine. In an attempt to extinguish the remaining fires, the villagers cover them with the detritus and rubble left over from the mine. Now the houses they have built start to shake and highly concentrated, possibly lethal, carbon monoxide has started to leak from the cracks. A team of German researchers decides to extinguish the flames that burn beneath the buildings in an attempt to save the village.

German John Kantara was born in 1964. He studied International Journalism at the City University, London. He began his career as a journalist by working for three years for press agencies including AgenceI'Media in Paris, Reuters in Bonn, CNN World Business Today and Financial Times TV in London. In the 1990s, he made a range of films for television networks including 3sat, Sat1 and ZDF. Between 2000 and 2007, he worked as a freelance journalist for both German and foreign newspapers, and as a scriptwriter for a range of national channels. 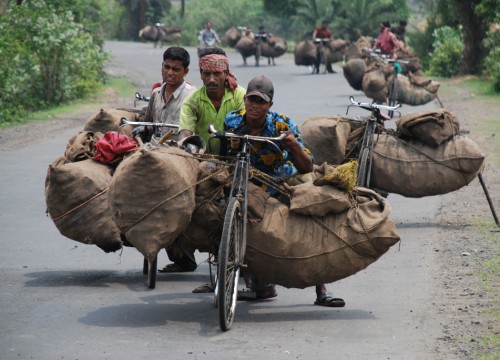