In December 1979 Italy’s state television RAI opened its regional branches with the result that Valle d'Aosta had its own mountain television. There is a fine line between mountaineers, directors, cameramen, journalists, mountain dwellers and mountain guides. The region’s inhabitants were now lucky enough to have a television station that told the mountain’s role in human life, where history, anthropology and entertainment blend in a series of programmes that help mountain culture free itself from stereotypes. In those years, we watched the daring achievements on the granite slopes of Monte Blanc by Casarotto, De Benedetti, Boivin, Berhault, and Piola, to name just some. Mountain television also introduced us to the first climbing shoes and the giddy drops involved in abseiling.

A secondary school teacher, for some time Torri has been involved in research and projects exploring cultural issues linked to the world of the mountains. He writes for magazines and various associations related to the mountains. His recent productions include "I fiori all'occhiello" (2010) and "Nato in montagna - riti e tradizioni della nascita nell'arco alpino nella prima metà del XX secolo (2006). 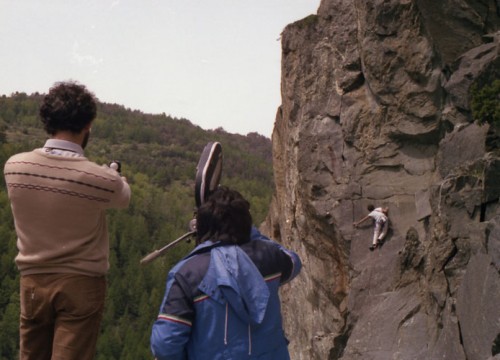