Shot in the Indian state of Uttaranchal, this documentary recounts the tale of Vandana Shiva and of Navdanya, the community she created to defend biodiversity. Her aim was to set up a seed bank that the community’s farmers could use to swap seeds so that the land could be restored to organic farming. At the heart of this community is a tradition that is still very common among the families of southern India: on the first day of each year, nine seeds are planted in a pot. After nine days, the women take the pots to the river; they meet and compare results in order to assess which seeds have grown the most. Seeds are then swapped so that when the land is sowed, each family can plant the best seeds and thus ensure that the village has better stocks of food.

Maurizio Zaccaro was born in Milan in 1952. He trained at Ipotesi Cinema, a film and television workshop. He has won a David di Donatello for Best Debut Director with Dove comincia la notte and the Solinas Prize for the screenplay of L'articolo 2. He received further nominations and a David for his most successful work Un uomo perbene (1999). He has also directed television films and documentaries, including the new edition of Cuore, I ragazzi della via Pal, Al di là delle frontiere, ‘O professore, lo Smemorato di Collegno, and Le ragazze dello swing. 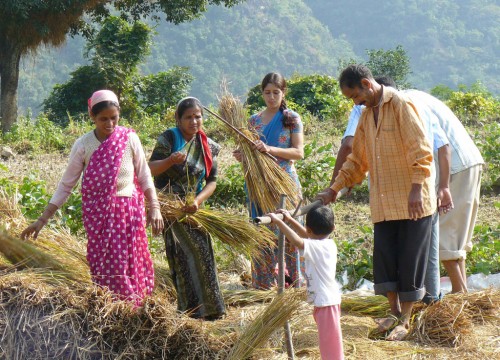