Guided by the diary of Silvio Boldrini, which was written in 1898 during the Klondike Gold Rush, geologist Sandro Frizzi makes his annual trip from Vancouver to Dawson City in the far north-west of Canada. More than one hundred years after the legendary Gold Rush, this small town, where nobody locks their doors, is still a crossroads for frenetic panning, exploration and digging. The parallel stories of the Boldrini brothers and the modern-day prospector intertwine against the backdrop of a harsh, frontier landscape where miners, geologists and prospectors live and work in the hills of the Klondike Plateau, on the gold-rich banks of the Bonanza, Eldorado, Yukon and Klondike.

Professional journalist Paola Rosà graduated in Political Science from the University of Florence and also from the Trieste School for Translators and Interpreters. She has worked for the L'Adige daily newspaper in Trento and collaborated on radio programmes at the Trento branch of RAI. She wrote the books Willi Graf. Con la Rosa Bianca contro Hitler (2008) and Lipsia 1989. Non violenti contro il Muro (2009), Edizioni Il Margine. Her films include Un rabbino per la pace, which was filmed in Israel in 2003. 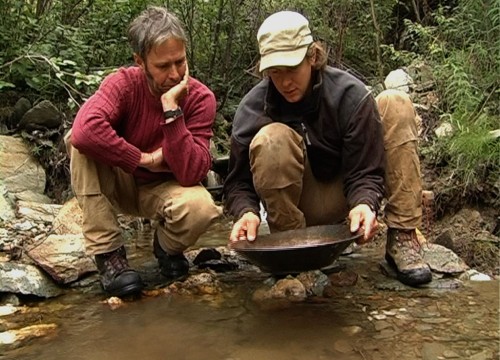