This documentary tells the tale of five women who live in Val Maira, a small mountain vaIley in the province of Cuneo, Northern Italy. One of them is Manuela, a 13-year-old girl who is about to finish her third year of middle school. The director was struck particularly by Manuela as her story seemed much different from that of any other child in the town. This film deals with doubts, choices, requests and needs, children and fathers, hopes and loneliness, past and future, at times taking the words from the mouths of its characters and letting the silence of the mountain speak.

Born in Chivasso in 1979, Gaia Russo Frattasi worked as a theatre actress for seven years. In 2000 she discovered Ermanno Olmi’s Ipotesi Cinema where she started to work as a director’s assistant, camera operator, script supervisor and microphone engineer. In 2009 she founded Moby Film, which she uses to produce her own personal projects, in particular her documentaries and short films. She works for major production companies as a freelance director, editor and camera operator. Her films include Ancheu i riva papà (2009) and Il piano infinito (2008). 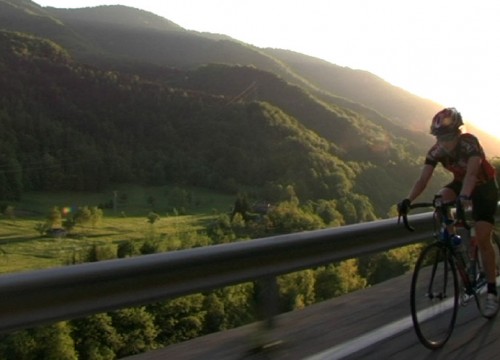