Loosely based on the Italo Calvino novel Invisible Cities, this film follows an old teacher and a young actress as they seek the traditional cultures of the Veneto region. As they roam from school to school, from the plain to the mountains, they listen to stories told by children. Through the versions of a classic Veneto fairytale, the two wander the ‘invisible cities’ of popular imagination where they encounter dialect, fòle, ogres, nursery rhymes, manual labour and games created from nothing. These pillars of cultural biodiversity are in danger of extinction, though some are trying to save them so that the wealth of an ancient tradition can live on.

Director and producer Mario Chemello graduated in Visual Ethnology and is an expert on African art. He has also worked as a freelance journalist and cameraman since the end of the 1980s. He has made documentaries and serials since 1992 and founded his own production company Imago Orbis in 1996. He won the Ilaria Alpi Award for television journalism in 1997 and the Franco Cristaldi Award for Best Italian Producer for the film Il vento fa il suo giro, which was previewed at the 54th TrentoFilmfestival. 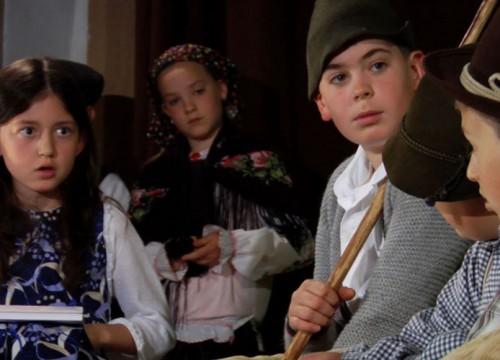