Shot in ten Latin American countries, including Mexico, Colombia, Guatemala and Uruguay, this film depicts the local populations’ resistance to pollution, forced eviction, and the destruction of regional production systems and sources of work for millions of Latin Americans. The footage shows the disasters caused by open-air mining, the ransacking of the Earth and trees, the dams and the devastation of fishing grounds, as well as the endless exploitation of natural resources that is destroying these nations.

Born in Argentina in 1950, Miguel Mirra studied History and Anthropology at the University of Buenos Aires. He graduated from the Institute of Cinematographic Art in Avellaneda. He is the founder and director of the Festival Nacional de Cine y Video Documental in Argentina. In his career, he has made a number of documentaries including Los documentalistas y los nuevos movimientos sociales. His feature film El amor y la peste won the San Luis Cine Festival in 2008. His recent films include Lejos de Casa (2009) and Los últimos (2008). 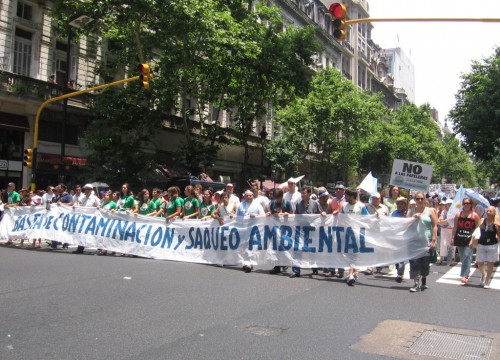